As part of the ‘Justice for All’ program, AJAR and its partners are supporting Rohingya women survivors in the refugee camps in Cox’s Bazaar, building solidarity to strengthen a multi-ethnic movement for justice.

Following a military crackdown in Rakhine State in Myanmar in 2017, more than 700,000 members of the Rohingya community fled mass killings, enforced disappearances, rape, torture, and other violations.  These refugees joined already overstretched camps in Bangladesh, now home to almost 1,000,000 people.  More than 50% of those who fled are women and girls.  After more than four years, there remains a huge need to provide women with tools to fight injustice, advance their struggle for equality, and to tell their stories and document the atrocities they suffered.

AJAR hosted a 14-day campaign to not only commemorate the atrocities suffered by the Rohingya but to highlight the resilience and strength of the Rohingya. 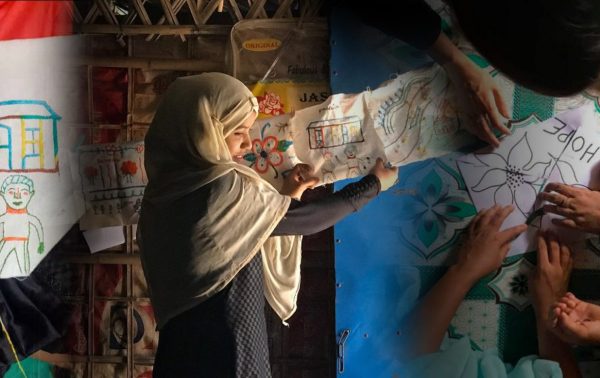 Quilt of Memory and Hope

Since March 2019, Asia Justice and Rights (AJAR) and the Liberation War Museum (LWM) of Bangladesh have been conducting participatory action research with more than 80 women in the Rohingya…