With the 1 February coup and the ongoing Covid pandemic, the situation in Myanmar has never been more precarious, and the country is in danger of becoming a failed state.  The peace process, stalled for years, is now completely moribund. Conflict has intensified in ethnic areas that have seen decades of war, and violence has erupted in new areas previously untouched.  Violent crackdowns are taking place across the country, from the major cities of Yangon and Mandalay to the smaller cities and villages of Bamar-dominated Central Burma.

The following are AJAR’s initiatives for Myanmar. 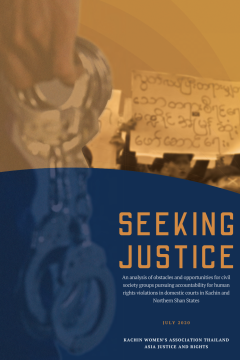 At the International Court of Justice on 11 December 2019,..

In the context of unprecedented developments in international justice related.. 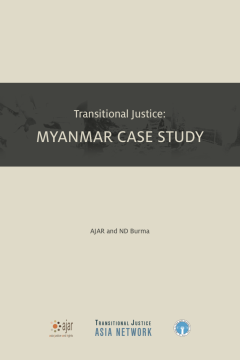 Mosaic: A Manual for Rebuilding Lives and Communities After Torture

“Mosaic: A Manual for Rebuilding Lives and Communities After Torture”.. 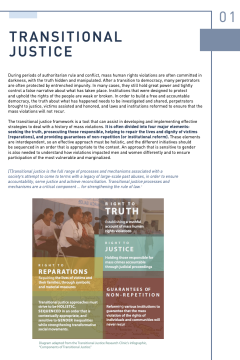 Many Asian countries have faced a history of mass human.. 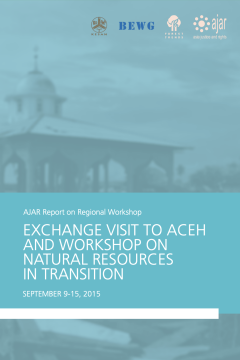 Exchange Visit to Aceh & Workshop on Natural Resources in Transition

Myanmar and Indonesia are both in transition from military dictatorship.. 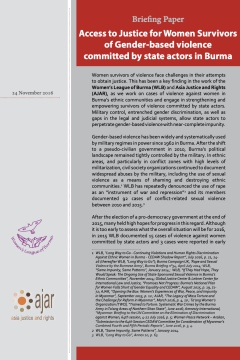 Women survivors of violence face challenges in their attempts to.. 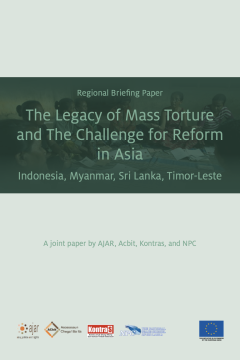 Based on AJAR’s work with Legal Clinic Myanmar, Wimutti Volunteer.. 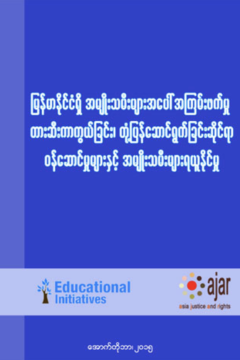 Violence against women occurs across all countries, in every society,.. 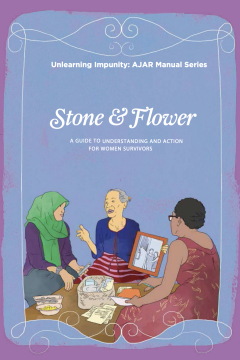 Stone & Flower: A Guide to Understanding and Action for Women Survivors

“Stone & Flower: A Guide to Understanding and Action for.. 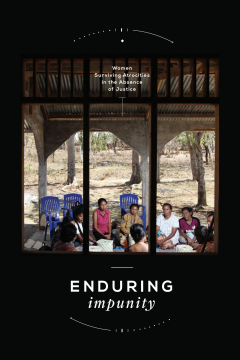 Enduring Impunity: Women Surviving Atrocities in the Absence of Justice

Enduring Impunity captures the images and voices of 140 women.. 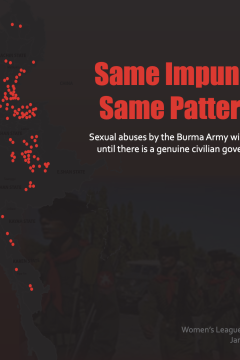 Same Impunity, Same Pattern: Sexual Abuses by the Burma Army Will Not Stop until There is a Genuine Civilian Government

The Women’s League of Burma (WLB), consisting of thirteen women’s..